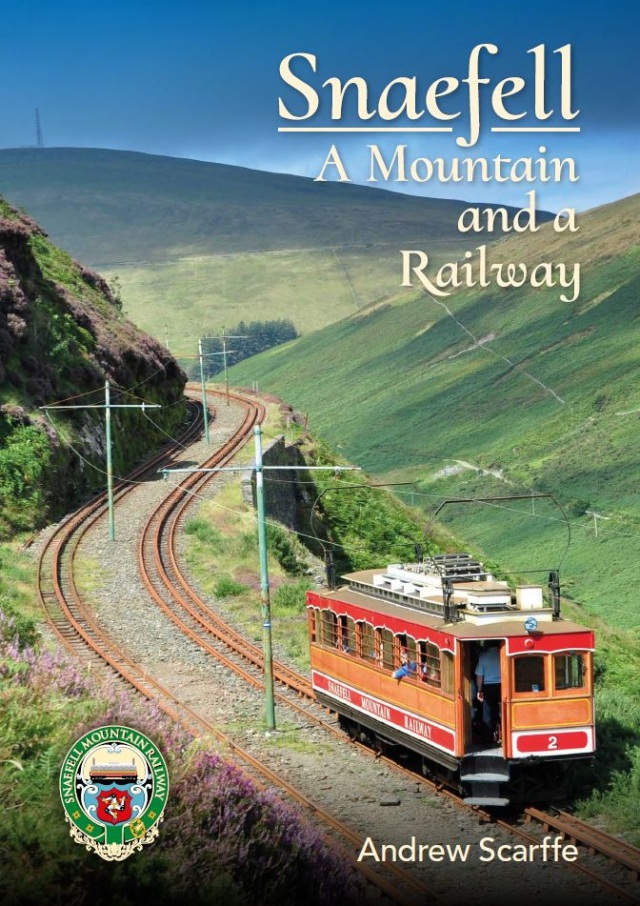 Snaefell – A mountain and a Railway by Andrew Scarffe

The Snaefell Mountain Railway was the first mountain railway in the British Isles.

Opened in August 1895, it was built in only eight months by pioneering Victorian engineers at a time when electric traction was in its infancy.

Today, the Victorian tramcars still climb to Snaefell’s summit, 2036 feet above sea level, where the mountain scenery and views are unrivalled.

It is illustrated throughout with colour and black and white photographs, many of which have not previously been published.