Independent book and art shop on the Isle of Man with shops in Port Erin & Ramsey
For enquiries, click CONTACT US
Stuck indoors?  If you would like a box of 5 carefully selected books, see below.  You can choose books for the kids, including home education books (build a pack from our available books), fun activities or story books.  Or why not choose to receive a selection of fiction or non-fiction books?  Click your selection then checkout, please leave details of age, favourite subjects/author and any preferences in the comments.
Photos are for illustration purposes only and the box you receive will contain carefully selected books and we're posting to Isle of Man addresses for free!

Please note, due to high demand, some items may take longer to arrive.

This Royal Langnickel set has everything you need for acrylic painting. Ideal for the beginner, student or experienced artist and makes a great gift for kids and adults. The aluminium case it comes in has clear windows on both sides so you can easily see what is in the case and transport your materials wherever you go.

This Royal Langnickel set has everything you need for watercolour painting. Ideal for the beginner, student or experienced artist and makes a great gift for kids and adults. The aluminium case it comes in has clear windows on both sides so you can easily see what is in the case and transport your materials wherever you go.

This Royal Langnickel set has everything you need for painting and drawing. Ideal for the beginner, student or experienced artist and makes a great gift for kids and adults. The aluminium case it comes in has clear windows on both sides so you can easily see what is in the case and transport your materials wherever you go.

This Royal Langnickel set has everything you need for sketching and drawing. Ideal for the beginner, student or experienced artist and makes a great gift for kids and adults. The aluminium case it comes in has clear windows on both sides so you can easily see what is in the case and transport your materials wherever you go.

FREE SHIPPING to Isle of Man on orders over £20
Use code : MANXSHIP 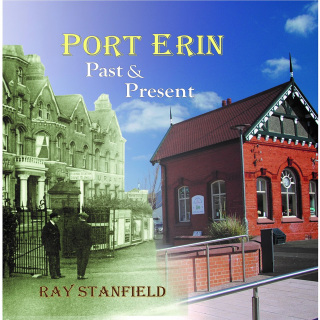 When holidaymakers discovered the Isle of Man, Port Erin became a favourite place to visit. Hotels were built and life started to revolve around the needs of its visitors. The old photographs in this book are drawn from the postcards such visitors sent home.

Now the town is reinventing itself again. Gone are most of the Victorian hotels, with their ballrooms, live entertainment and seaside competitions. Bathing machines have been turned into garden sheds and donkeys no longer trot along the sand. This book reminds us of the dramatic changes which have taken place in this seaside town. 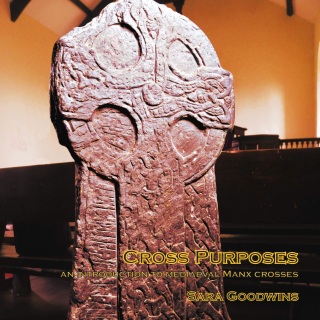 decorated with swirling designs and fantastic beasts. Christian symbols, they also carry the sagas and language of pagan Viking invaders.

fashions. Often they were the most striking man-made features in the Manx countryside.

Today most of the ancient crosses have been given sheltered accommodation in their old age.

Yet, for something so famous quite a lot is still tantalisingly obscure. Who raised the crosses and

why? How were they carved? Where did the stone come from? What do they mean? And do other countries have similar memorials?

This book explores and explains the stories behind these enigmas of the Manx landscape. 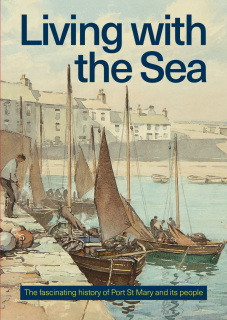 Living with the Sea by Rushen Heritage Trust

If you live by the sea you get to know it as a partner, adapting to its moods, from calm, sunny days to furious stormy nights. Throughout its history, the people of Port St Mary ƒ?? known locally as Purt Le Moirrey ƒ?? have lived by and with the sea. It has provided them with a living, from fishing to shipbuilding to tourism. Without the sea, the village would not exist. The sea in question is the Irish Sea, in which the Isle of Man sits at the centre ƒ?? from Port St Mary, you can look across to England and Wales, and from its neighbouring twin, Port Erin, you can see the Mountains of Mourne in Northern Ireland.

Itƒ??s a story which has universal significance, demonstrating how independent-minded people in a small place lived with the sea, made a living from it, and rode its changing moods. 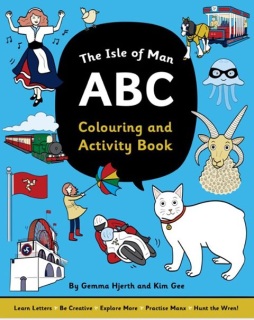 In this Isle of Man ABC:

learn how creative you can be!

Hunt around Our Island, the Isle of Man.

Customise your treasure map - yes, you can!

Chose how to colour the Manx cat's face.

Add patterns to the biker in the TT race.

Record your memories of a smoky train ride.

Write 'Hello Little People' on the note that's inside.

match the Manx words with their pictures and then...

Make your own alphabet book, at the end.

Add a rainbow of colours, then read to a friend!

A keep sake to treasure - and the artist is YOU! 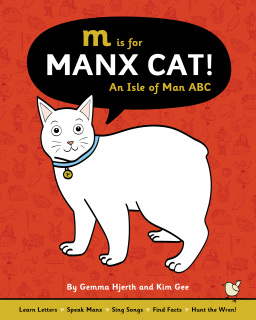 M is for MANX CAT! An Isle of Man ABC by Gemma Hjerth and Kim Gee

An informative, interactive and wonderfully illustrated celebration of Our Island.

It will appeal to young children, early readers and Isle of Man enthusiasts from near and far away.

You can even listen to the Manx translations in the book at www.isleofmanabc.com

Each letter of the alphabet is represented by a colourful, digital illustration of an Isle of Man icon, a rhyming couplet and a Manx translation and pronunciation.

ƒ?½ A full page of Manx Gaelic translations and pronunciations, provided by Culture Vannin (with sound files of these to listen to at www.isleofmanabc.com)

ƒ?½ Two pages of interesting facts about the Isle of Man

ƒ?½ A little wren to hunt for

ƒ?½ Lots of Three Legs of Man to count! 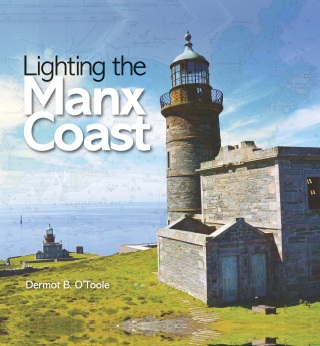 There is no more a place that is so hostile to mariners than the south-east coast of the Isle of Man, where the pitiful wind howls and the tide runs at six miles per hour. Many a sorrowful story is told of vessels tossed by the wild waves upon the cruel, sharp-edged rocks of Langness. Here at the Islandƒ??s southernmost point the cruel sea has taken countless men to a watery graves.

This book is mixed with bravery and with sorrow; the publication covers many of the main ship disasters of this wild coast, the construction of Langness lighthouse and the various lighthouses built on the Calf of Mann and the new Chicken Rock lighthouse. It is a story also of how a vigorously hard-fought twenty-year campaign by the inhabitants of Castletown, its High Bailiff and agent for the Shipwrecked Marinersƒ?? Society, led to improved lighting on the Isle of Manƒ??s most dangerous shore. 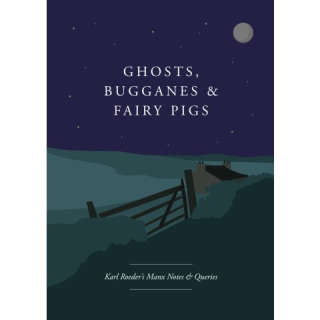 Ghosts, Bugganes & Fairy Pigs¶ÿis one of the most important books of Manx folklore ever published. 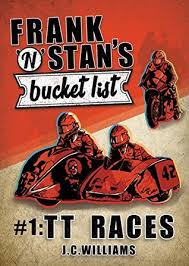 The doctor gave him the news he didn't want and Frank's discovered the worst kept secret in Liverpool; that his wifeƒ??s fitness instructor is providing her services that extend beyond the gym.¶ÿ¶ÿ

With time a dwindling commodity, Frank decides itƒ??s time to do something he wants to do. With a little encouragement from his oldest friend, Stan, the first destination for his ƒ??bucket-listƒ?? is the Isle of Man TT Races.¶ÿ

They were content to just spectate, but fate had other ideas. 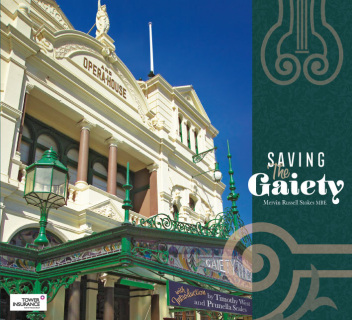 And other misadventures of the former theatre manager ƒ?? 2nd edition

Due to popular demand, this book is being republished and updated, originally published in 2006. The book is not a blow-by-blow account of the extraordinary restoration of the Gaiety Theatre and Opera House in Douglas, nor is it intended to be. The words are a ƒ??tripƒ?? through the often hilarious memories and misfortunes of Mervin Russell Stokes, the man who has spent much of his working life serving the Gaiety and whose dedication in reincarnating this magnificent Frank Matcham playhouse became an all-consuming passion.

This book is a must-have for all theatre lovers.

Due to be published November 2019 ƒ?? available to pre-order. 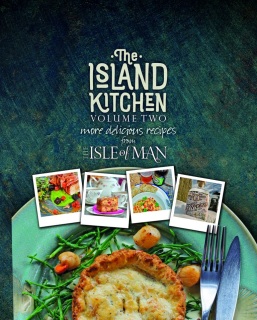 Following on from the hugely popular first edition, this new¶ÿIsland Kitchen¶ÿbrings you more mouth-watering recipes from the Islandƒ??s finest establishments. Using the Isle of Manƒ??s world-famous ingredients, you can enjoy creating restaurant-quality meals and pick up tips from the Islandƒ??s talented chefs along the way. New recipes from large restaurants, small intimate cafes, bars and breweries allow you to create the quality meals served in your favourite Isle of Man eateries, all in the comfort of your own home.

This website uses marketing and tracking technologies. Opting out of this will opt you out of all cookies, except for those needed to run the website. Note that some products may not work as well without tracking cookies.