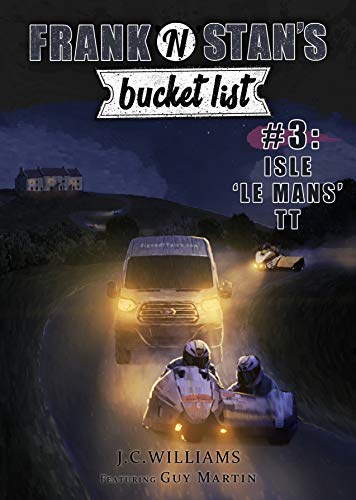 The Gang is back for another crazy adventure.The idea of the maverick racer, Dave Quirk, winning a TT was as probable as a seaside donkey winning the Grand National But he'd been trying to do exactly that.

An unlikely victory would also secure the TT Farm for Frank and Stan's charity, but it was a crumbling, financial black hole and filled with asbestos. Dave and Monty quitting their jobs to work there wasnƒ??t fantastic timing, either. The charity needed a truckload of cash, and fast.

They had to go big on their fundraising ideas, so, the Isle of Man - home of the famous TT Races - would play host to a twenty-four-hour racing extravaganza and they'd need a high-profile celebrity for maximum exposure.

The object of Stella's darkest desire, Guy Martin, was willing and eager to offer his services for the inaugural Isle "Le Mans" TT.

They were full of good intentions, but, as usual, the path was rarely smooth for Team Frank and Stan.