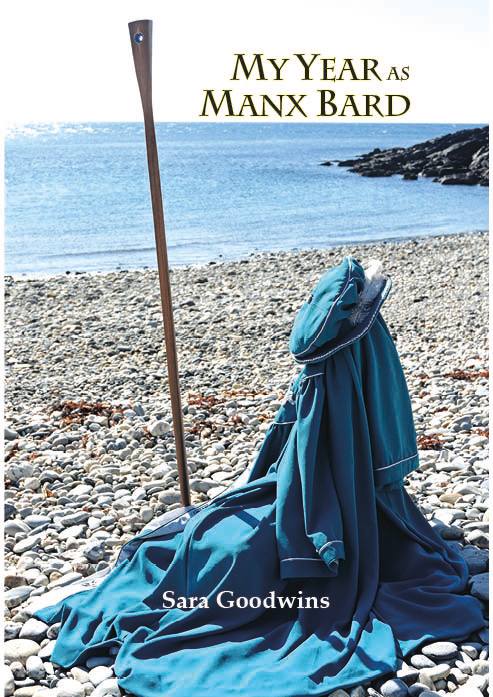 My Year as Manx Bard by Sara Goodwins

Until now, there has been no book about the Manx Bard.

Promoting the Isle of Man by public appearances and through poetry, the Bard's job is varied and wide-ranging.¶ÿ¶ÿDuring 2017-8, Sara Goodwins served as the fourth Manx Bard and has written¶ÿMy Year as Manx Bard,¶ÿdescribing the highs and lows of her bardic year.

Like the time she was all geared up to go to an event which no-one had told her had been cancelled.

Or nearly had the Bardic staff confiscated as a dangerous weapon.

Or when she had to address the audience of The Gaiety Theatre from the stage.

Or was invited to be an after-dinner speaker where half the audience had eaten so well they went to sleep.

With full-colour illustrations of the inspirational Manx countryside, and containing some of the poems Sara wrote during her bardic year,¶ÿ¶ÿMy Year as Manx Bard¶ÿis 96 pages long and costs ¶œ9.95.

Spurning it for wasting time;

Everywhere by means of rhyme.

Shaping text to rhyme and scan,

All that makes the Isle of Man.

If you want more information

Thereƒ??s no need for speculation