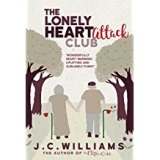 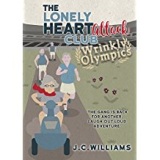 Welcome to the Isle of Man's first dating club for the elderly. Sublimely funny!

Everything he touches turns into a disaster, but he means well. His business is even less successful than his love life.

At the insistence of his underappreciated assistant, Emma, she helps him to see that the last hope of saving his business could be the only customers whoƒ??ve not deserted him for the faceless coffee chains ƒ?? the old folk.

To attract new customers, Jack and Emma set up the Isle of Manƒ??s first dating and social club for the elderly ƒ?? The Lonely Heart Attack Club.¶ÿ

They may be old but there is plenty of life left in them and Jack soon realises that they're not just customers; theyƒ??ve become friends.

Could his unintended compassion to his wrinkly client base also be the catalyst for romance?

Jack, Emma and the gang from the Lonely Heart Attack Club (Isle of Man branch) are back.¶ÿ

For their next challenge, how will they surpass a World Record attempt? Get their members to compete in an Olympic Games for the elderly, of course!

The old folk has been in training, but will the ƒ??Silver Sprintersƒ?? walk away with a gold medal?