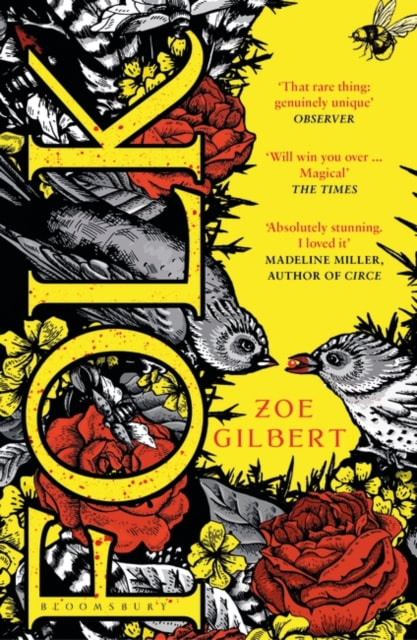 A captivating, magical and haunting debut novel of breathtaking imagination, from the winner of the 2014 Costa Short Story AwardThe remote island village of Neverness is a world far from our time and place. The air hangs rich with the coconut-scent of gorse and the salty bite of the sea. Harsh winds scour the rocky coastline.

The villagers' lives are inseparable from nature and its enchantments. Verlyn Webbe, born with a wing for an arm, unfurls his feathers in defiance of past shame; Plum is snatched by a water bull and dragged to his lair; little Crab Skerry takes his first run through the gorse-maze; Madden sleepwalks through violent storms, haunted by horses and her father's wishes. As the tales of this island community interweave over the course of a generation, their earthy desires, resentments, idle gossip and painful losses create a staggeringly original world.

Crackling with echoes of ancient folklore, but entirely, wonderfully, her own, Zoe Gilbert's Folk is a dark, beautiful and intoxicating debut.