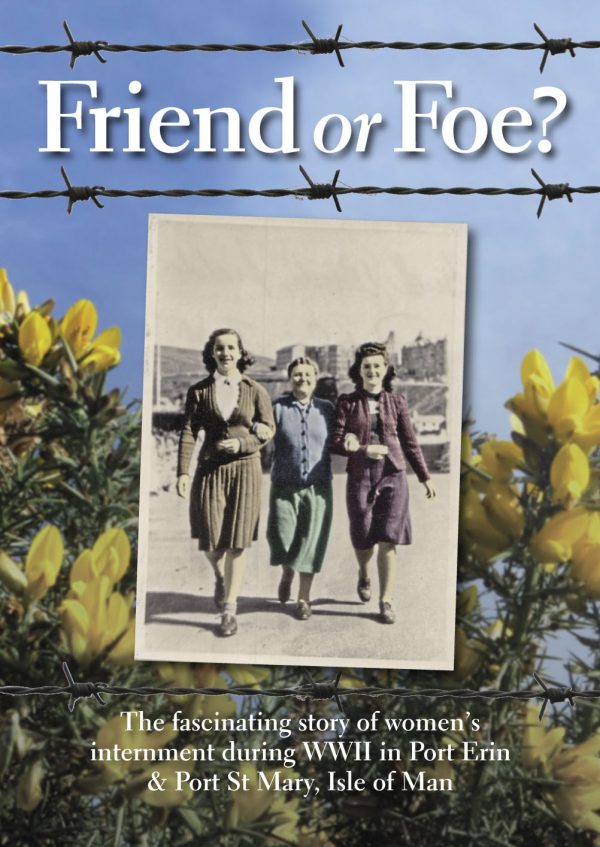 The fascinating story of women's internment during WWII in Port Erin and Port St Mary, Isle of Man. Published by Rushen Heritage Trust in association with Lily Publications.

How did seven different people, most of whom had never met before, come together to write the first ever book on Womens' Internment in WW2?

They are members of Rushen Heritage Trust in the Isle of Man, and became fascinated by the remarkable people connected with the unique Rushen Womens' Camp in 1940-45: how locals and internees lived together in the same houses, forming many friendships, some lifelong; how they were all encircled by a barbed wire perimeter, including shops, houses, schools and beaches; why most internees wanted Britain to win the War; their hopes, fears, courage, and enterprise; the unique gender situation, at times over 85% of the total population in the two seaside towns of Port Erin and Port St. Mary were female; how the Camp was run by Manx landladies, with light touch governance from police and civil servants.

Somehow, like the seven authors who soon became friends, but often engaged in animated debate, the locals and women internees - German/Jewish refugees from Nazi oppression, Germans and Austrians who had lived peacefully in Britain for many years, a minority of committed Nazis, Fascists all managed to "Rub along together". The question was, who was friend and who was foe?

The authors interviewed locals who still retained vivid memories of Camp W, found much new information on the under-researched topic of WW2 Women's Internment, and soon realised that the story addressed important universal themes of continuing relevance today - immigration, injustice, gender, tolerance, diversity, the nature of friendship, the ability to adapt to inequity and loss, and , most of all, the triumph of human values in difficult situations.