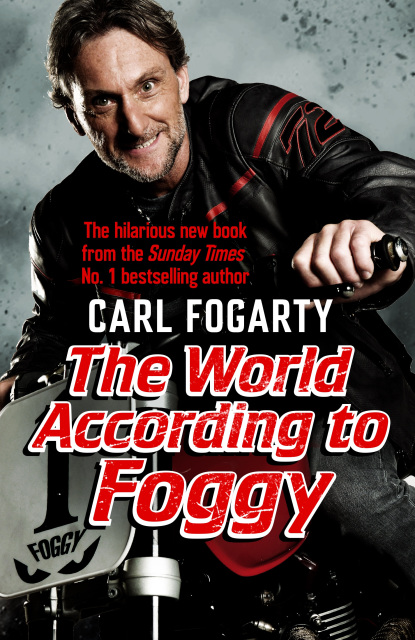 The World According to Foggy by Carl Fogarty

The World According to Foggy will delight the legions of motor sport fans in the UK and beyond, and will be lapped by those who have enjoyed books by Valentino Rossi, Guy Martin, Michael Dunlop, John McGuinness, Ian Hutchinson and Freddie Spencer. This is a full-throttle, rip-roaring, white-knuckle pillion ride with motorcycle racing icon Carl Fogarty, a man the nation took to their hearts as 'King of the Jungle' in the 2014 series of I'm a Celebrity...Get Me Out of Here!The World According to Foggy is packed with hilarious tales from inside and outside the sport. Racers past and present, including Valentino Rossi, Marc Marquez, Steve Hislop and Guy Martin, all come under Foggy scrutiny.

He dips into the memory banks to relive those special moments of his career in World Superbikes and at his 'spiritual home', the Isle of Man TT, and talks candidly for the first time about his venture into team ownership, as well as his inner demons. Carl lifts the lid on his madcap mates and their daft antics and shares his quirky wisdom on topics as diverse as cricket, hikers, News at Ten, fainting goats, traffic lights and the full English breakfast on trains. Ultimately, The World According to Foggy reveals the real man behind the visor: cheeky, witty, down-to-earth ...