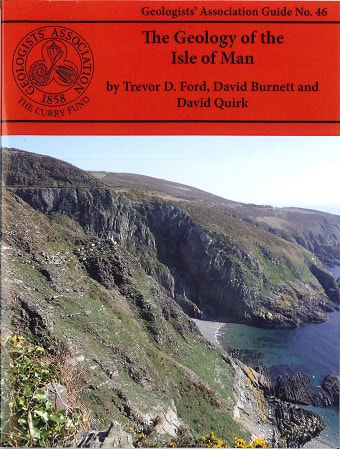 The Geology of the Isle of Man - Geologists' Association Guides: No. 46

For its relatively small size the Isle of Man contains an abundance of geological variety. From the metamorphosed, deep marine sediments of the Manx and Dalby Groups, to Carboniferous limestones and Devonian terrestrial sandstones; from intrusive granites and Tertiary dykes to submarine basalts; and from ore mineralisation to recent glacial sedimentation.

The aim of the guide is to help both the professional geologist and interested amateur to investigate the rocks themselves and to put them in a modern scientific context. The guide is in two parts: the first provides an overview of the geology of the Island and tries to explain how this evolved over time. The second part describes specific localities in the form of a series of excursion itineraries. These have formed the basis of highly instructive field courses for students as well as both professional and amateur geologists. With its wide variety of geological features, mostly easily accessible on foreshores, students and leaders alike have found the Island fascinating.

The Isle of Man forms a crucial piece of the geological jigsaw that makes up the continents of Europe and North America. However, for many years the Island's geology has missed the attention it deserves and it is only recently that some of its geological significance has been uncovered. Resurgence in interest was stimulated by the first edition of this guide in 1993 and then by the British Geological Survey remapping the Skiddaw slates in the Lake District looking along strike at the equivalent rocks in the Isle of Man. A team of geologists began a three-year project in 1995 to carry on research on the Manx Group which makes up most of the geology of the Island. The results of this work were presented at a conference 'In Sight of the Suture' held in Douglas in 1998. Most of the reports were subsequently published in Special Publication of the Geological Society No. 160 (Woodcock et aI., 1999). The second part of the conference was concerned with the sea-floor geology around the Isle of Man, and the papers were presented in 'Hydrocarbon Potential of the Irish Sea', a thematic issue of the Journal of Petroleum Geology in 1999. A new map and explanatory booklet were prepared by the British Geological Survey (Chadwick et al., 2001). Subsequently a summary of all this research was published in Volume 1 of A New History of The Isle Of Man (Chiverrell & Thomas, 2006). This spate of new research roughly marked the centenary of G.W. Lamplugh's Geological Survey of the Isle of Man, his map being published in 1898 and the Memoir in 1903.