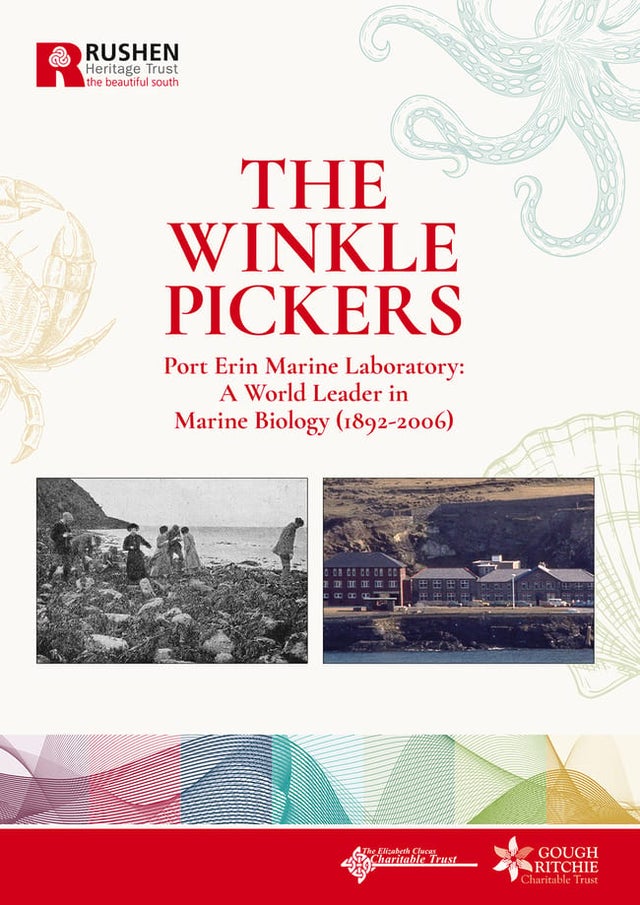 The Port Erin Marine Laboratory in the Isle of Man gained world renown during more than a century of operation. Students came from around the globe to learn in Port Erin, became entwined in the life of the village, and after graduating, took what they had learned and travelled around the world.

‘The Winkle Pickers’ was a nickname given by residents of Port Erin to the students and researchers of the Laboratory, who would be seen on the shore, collecting, counting, or observing the plants and animals that lived there.

To mark the 130th anniversary of the original Laboratory opening on Mortuary Beach in Port Erin, a team of former staff and alumni came together to research and produce an exhibition looking back on the history of the Laboratory and the people who worked and studied there. This book is a reproduction of that exhibition, a keepsake to celebrate the rich history of the Port Erin Marine Laboratory, a world leader in marine biology.