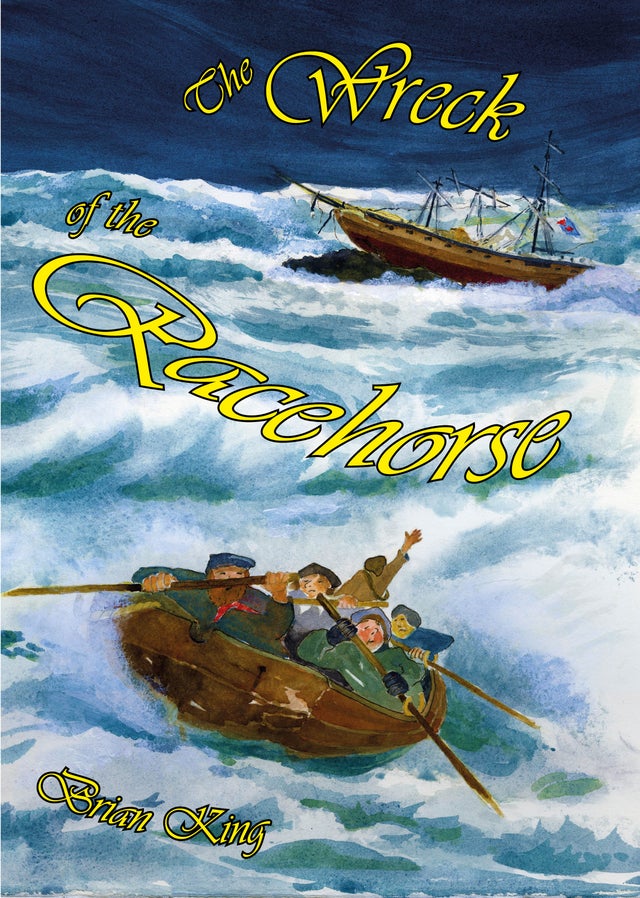 Wreck of the Racehorse by Brian King

THE WRECK OF THE RACEHORSE

Racehorse was an eighteen-gun sailing ship, a sloop of war, in the early nineteenth century. On 14 December 1822, on what should have been a routine visit, Racehorse wrecked on the Skerranes, a reef of rocks off the southern coast of the Isle of Man.

The efforts of the Manxmen of Castletown to save those on board proved to be a catalyst in the founding of what became Royal National Lifeboat Institute, the RNLI.

rediscovered the wreck and began the slow process of underwater excavation.

Written by one of the divers who found the wreck, and including documents such as the captain’s report to the admiralty, and the minutes of the crew’s court martial, this book offers an unrivalled view of an unparalleled event in maritime history.

Pieced together from evidence in contemporary documents and backed up by artefacts found on the seabed The Wreck of the Racehorse tells the story of how HMS Racehorse was lost – and found.