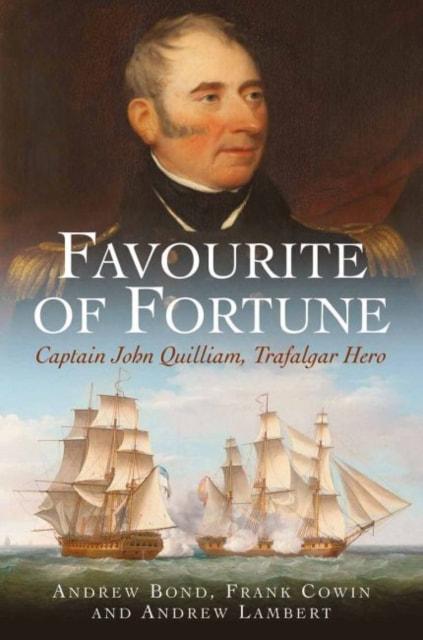 Free shipping to Isle of Man addresses for orders of £20 or more. Use code MANXSHIP at checkout.

The Royal Navy of Nelson's time was not short of heroes, nor of outstanding achievements, but even in this crowded field the career of Captain John Quilliam stands out - so often the right man in the right place at the right time, he was justly described by a contemporary as 'the favourite of fortune'. Born on the Isle of Man 250 years ago, Quilliam has until now evaded detailed study of his extraordinary life. Indeed, while celebrated as a Manx hero, in the wider world beyond the Island one of the most important men on the quarter deck of HMS Victory at the Battle of Trafalgar remains largely unrecognised.

Trafalgar, however, was not even the high point of Quilliam's professional journey. From the lowest rung of the ladder in the dockyard at Portsmouth he climbed to become _Victory_'s First Lieutenant, having already survived two of the bloodiest sea-battles of the era at Camperdown and Copenhagen. In the process he won a share in undreamed of wealth through the seizure of one of the largest hauls of Spanish gold ever taken by the Georgian navy.

Promoted Post-Captain, Quilliam reached the apogee of his profession, commanding frigates in the Baltic and on the Newfoundland station in the War of 1812\. There, in a bizarre twist worthy of a novel by O'Brian or Forester, he defeated an accusation of shirking an engagement with the American super-frigate _President_ in a Court Martial brought by his own First Lieutenant. This first full biography of a far-from-ordinary naval officer is itself an unusual collaboration between three writers, each interested in different aspects of Quilliam's career, but united by a belief that it deserves a wider audience.