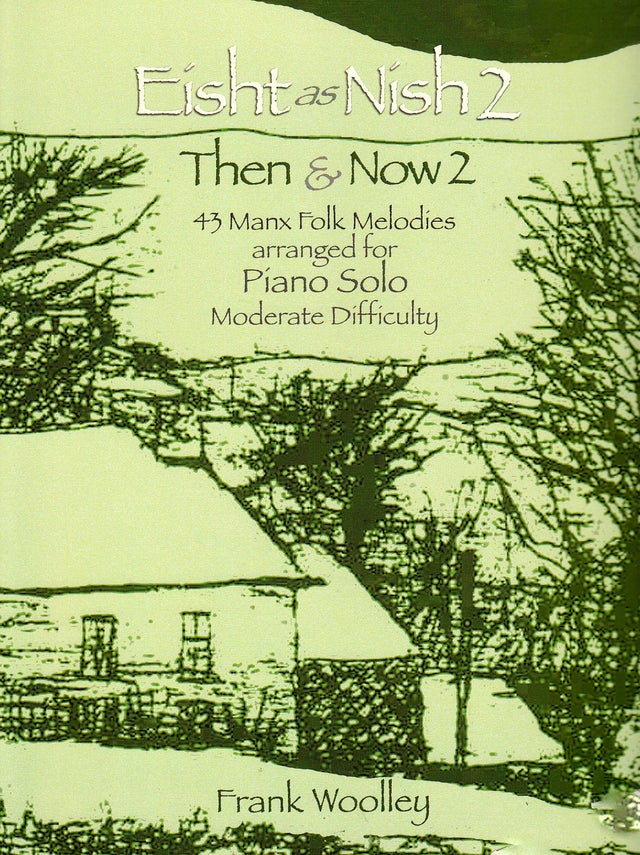 Eisht as Nish (Then and Now) 2 by Frank Woolley

A decade after the release of his first book of Manx piano arrangements, well known piano teacher and composer Frank Woolley has published the second in the series.

Frank has been teaching piano for 35 years, but has been composing music since the age of 12, when he was a chorister at Lincoln Cathedral!

His formal commissions have included ‘A Manx Suite’ for the Manx Youth Orchestra, choral test pieces for the Royal National Festival of Scotland (‘The Mod’) and ‘Celebration March’ for the 150th anniversary of Ramsey Commissioners.

He has arranged many traditional tunes for Culture Vannin publications, most recently contributing to ‘Celebration & Contemplation’, Manx Traditional and Original Music for Church Organ. Two of these pieces, ‘Haste to the Wedding’ and ‘Prelude – Manx Fishermen’s Evening Hymn’ were premiered at the Cathedral, Peel by Dr Peter Litman during Yn Chruinnaght, July 2017.

Of his latest collection for piano, he said: ‘I hope to have brought out the individual character of each tune and presented it in a way that suits the instrument and is enjoyable to play’.