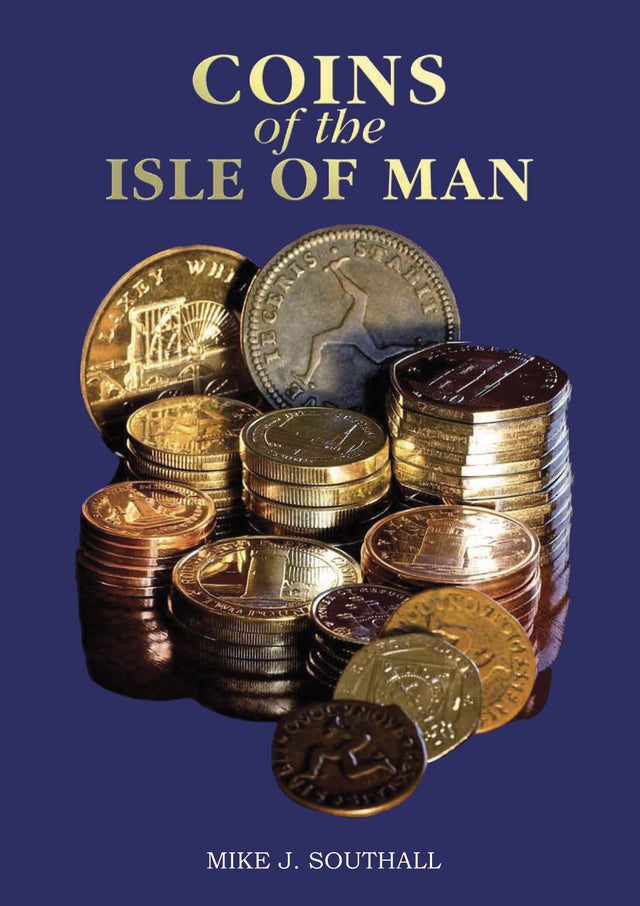 Coins of the Isle of Man – Third edition

This third edition book makes compelling reading and is a most useful reference work for anyone with the slightest interest in the coins of the Isle of Man.

The publication contains a comprehensive history of coins used in the Isle of Man and a definitive study of the Manx decimal coins that have been in circulation since 1971.

Nearly everyone handles money on most days of the year, but how many people really look at the coins in their change? The variety of coins circulating in the Isle of Man is quite surprising. A recent survey has shown that British coins, with their all too familiar designs, make up a high proportion of the coins given in change. By contrast, however, the Island’s coins reveal many diverse aspects of Manx life, history and culture.

Mike Southall acquired his interest in coins of the Isle of Man when the new decimal series was issued in 1971. This reference work has taken man-years to compile and lists all the known types of decimal coins that have been issued by the Isle of Man Treasury since decimalisation. Adding further interest, the die marks, mint marks, provence marks, etc. found on the 1979-2016 Manx decimal coins are also included. A section listing the non-circulating, precious metal and bullion coins follow that of the circulating coins.

The first official Manx coins, halfpennies and pennies, were issued by the Lord of Mann, James Stanley 10th Earl of Derby, and were made legal tender by an Act of Tynwald on 24th June 1710. Manx coins, and a variety of tokens, were circulating on the Island until 1839. Thereafter, British coins became the only legal currency until decimalisation in 1971.

The history of coins used in the Isle of Man is narrated in the other sections of this book. Fascinating aspects, including many Viking hoards to mishmash of coins and tokens used in the 17th century, are well documented.