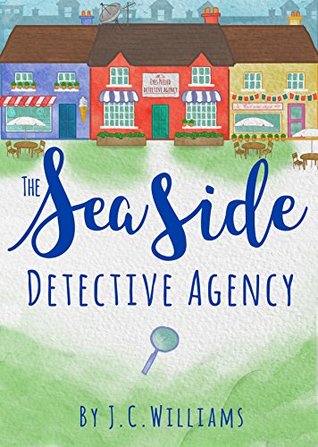 "Eyes Peeled" is the Isle of Man’s first and only Detective Agency...

Not much happens on the idyllic Island that needs detecting, so, on the whole, the team are not the most adept. In fact, generally speaking, they’re pretty useless.

One of the agency’s more eager employees is Sam Levy. Nearing forty, he’s finally found a job he actually loves – even if he isn’t particularly good at it. Okay, let’s be honest. He’s rubbish...

Still, Sam’s services are secured by persons unknown to track down a glamorous, yet mysterious, art dealer recently arrived on the sleepy Island. Her arrival itself isn’t overly suspicious... but the international crime boss hot on her tail most certainly is! Sam is desperate to prove himself and impress his pretty colleague, Abby, but this investigation could end up putting him in rather a spot of bother, with our hero risking life, limb, and hairpiece!

With this case, he could have bitten off more than he can chew.