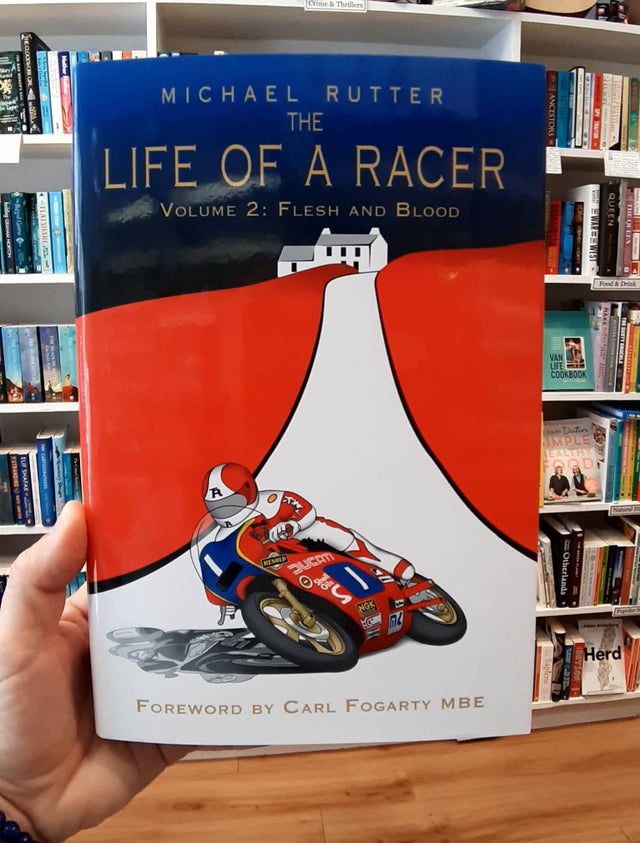 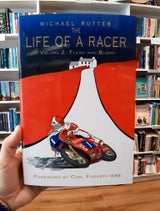 The Life of a Racer 2 : Flesh & Blood by Michael Rutter (SIGNED)

For the follow-up to his autobiography, Michael Rutter changes his focus and now reflects on his father's life - the victories, defeats, scrapes scrapes with the law and practical jokes. He also looks at his father's close brushes with death, including the horrific career-ending crash of 1985, and its aftermath.

The Life of a Racer, Volume 2: Flesh & Blood is a reflective and sentimental journey during which Michael tries to learn about his father's life and career in motorcycle racing, while at the same time asking himself if his own destiny was always to race too because of his DNA.

Tony Rutter (1942-2020) is best known for his four world TT-F2 championship wins, eight Isle of Man TT wins, nine North West 200 wins, five Ulster Grand Prix wins and two British Championship titles during his twenty-two-year career - but the man himself has remained something of an enigma to everyone including his own son, who himself went on to have a hugely successful career and has kept the Rutter name alive in the world of motorcycle racing to the present day.

Through his own memories, as well as those of longstanding teammates and friends, Michael pieces together his father's values, what mattered to him the most, and his odd - sometimes maddening - traits. What unfolds is a profile of the man behind the incredible talent and singular focus of an elite racer.

With a foreword by Carl Fogarty, this is the first-ever book about one of the finest racers in a great generation of racers, by those who knew him best and loved him most.

Published by The Choir Press