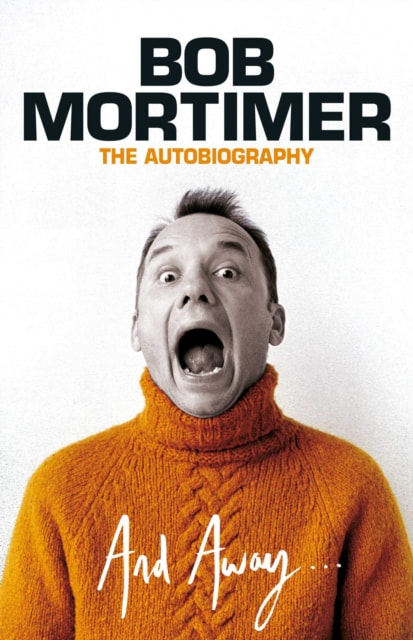 And Away... by Bob Mortimer

The number one bestselling autobiography by national treasure Bob Mortimer. 'Delightful... it's a precarious world, but And Away...

is a heartfelt testament to the magic of finding your happy place within it' - Sunday Times 'Everyone will love this book' - Caitlin Moran, Times Magazine 'Wonderfully entertaining and surprisingly poignant' - GQ Bob Mortimer's life was trundling along happily until suddenly in 2015 he was diagnosed with a heart condition that required immediate surgery and forced him to cancel an upcoming tour. The episode unnerved him, but forced him to reflect on his life so far. This is the framework for his hilarious and moving memoir, And Away...

Although his childhood in Middlesbrough was normal on the surface, it was tinged by the loss of his dad, and his own various misadventures (now infamous from his appearances on Would I Lie to You?), from burning down the family home to starting a short-lived punk band called Dog Dirt. As an adult, he trained as a solicitor and moved to London. Though he was doing pretty well (the South London Press once crowned him 'The Cockroach King' after a successful verdict), a chance encounter in a pub in the 1980s with a young comedian going by the name Vic Reeves set his life on a different track.

And now, six years on, the heart condition that once threatened his career has instead led to new success on BBC2's Gone Fishing. Warm, profound, and irrepressibly funny, And Away... is Bob's full life story (with a few lies thrown in for good measure.)